The big, dusty blue and white striped tent that I’ve seen in so many pictures came into view as we drove up to the entrance of Tui Ni Duse Pre-School. Already from about two blocks away, beautiful smiles, inquisitive stares, and shy waves welcomed me to the squatter camp where the school is located in Epako, Namibia. The tent is the only unique marker that separates Tui Ni Duse from the hundreds of other tin house complexes and makeshift stick fences that populate the squatter camp. As I opened the car door and stepped into the bright sunshine, all eyes seemed to follow me—something I’d already grown accustomed to in my first few days in Namibia where people are mostly either white or black. For about the twelfth time in the past five days, I wish I had a shirt that reads, “I’m not Chinese…I’m Korean,” because of the somewhat negative attitudes towards Chinese people in Namibia, mostly due to the invasion of Chinese building or business projects during the past couple of years. But the curious eyes that stared at me soon turned into excited crescent smiles as they realized Teacher Daniel’s sister had finally arrived.

My first day at Tui Ni Duse was a day I had been anticipating for months! After hearing so much about it from my dad and my brother, who had visited before, and after spending half a semester researching the Namibian education system and similar schools in developing countries for a final project, I was itching to put all my academic knowledge to use. This summer internship at three Namibian schools—Tui Ni Duse, a private pre-school for street children and children who cannot afford to go to government schools; Gobabis Gymnasium School, a government approved private school; and a Namibian public primary school—would not only allow me to pursue my love of teaching in a setting that is close to my heart, but would also give me the opportunity to practice my recently discovered passion for anthropology.

Accordingly, my first week has been spent visiting all three schools, meeting with headmasters and working out my weekly schedule for the next seven weeks. Luckily, my sparse Afrikaans was not a problem as most people also speak English. However, I am glad to say that as a combined result of interest and necessity, my Afrikaans is rapidly improving. It has become crucial for me to learn Afrikaans to teach the children at Tui Ni Duse because they are bilingual in Afrikaans and Damara, their mother tongue which I can only hope to start to learn because of its various clicking sounds that most non-native speakers find challenging.

Of the three schools, I have only yet taught at Tui Ni Duse, where I have observed a need for clearer communication between teacher and students as well as between staff members. At most, the five-year-old school that started as a day care for the squatter camp community has only had three local teachers for its approximately 120 students. Together, the inconsistent attendance of both teachers and students and the low level of education among teachers have made it difficult for efficient education. In my two days at Tui Ni Duse, I have observed the “over-aged” class, which consists of about thirty students from ages 7 to 15 who are behind the state’s age-appropriate standards. Although I am still getting to know each student’s academic capability, I quickly realized that my lessons have to be taught in Afrikaans for the students to understand clearly. Furthermore, the lack of school supplies has led to some creative work on my part, making this challenge all the more exciting.

Despite the obstacles I face at Tui Ni Duse, I find that each hardship pushes me further to find ways to help these children learn and grow. Next week marks the beginning of my stabilized schedule, which is divided between the three schools. Hopefully, my observation and assistant teaching at the two government schools will give me a fuller experience of Namibia’s education system and will aid in my development for a stable and sustainable system at Tui Ni Duse. 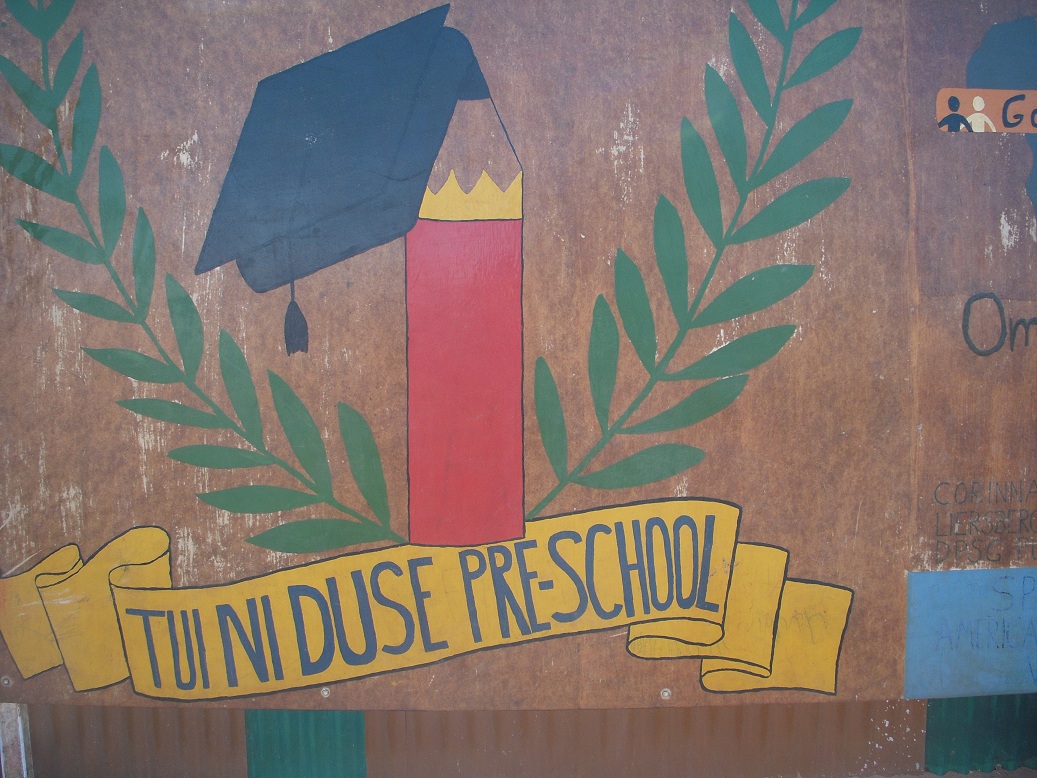 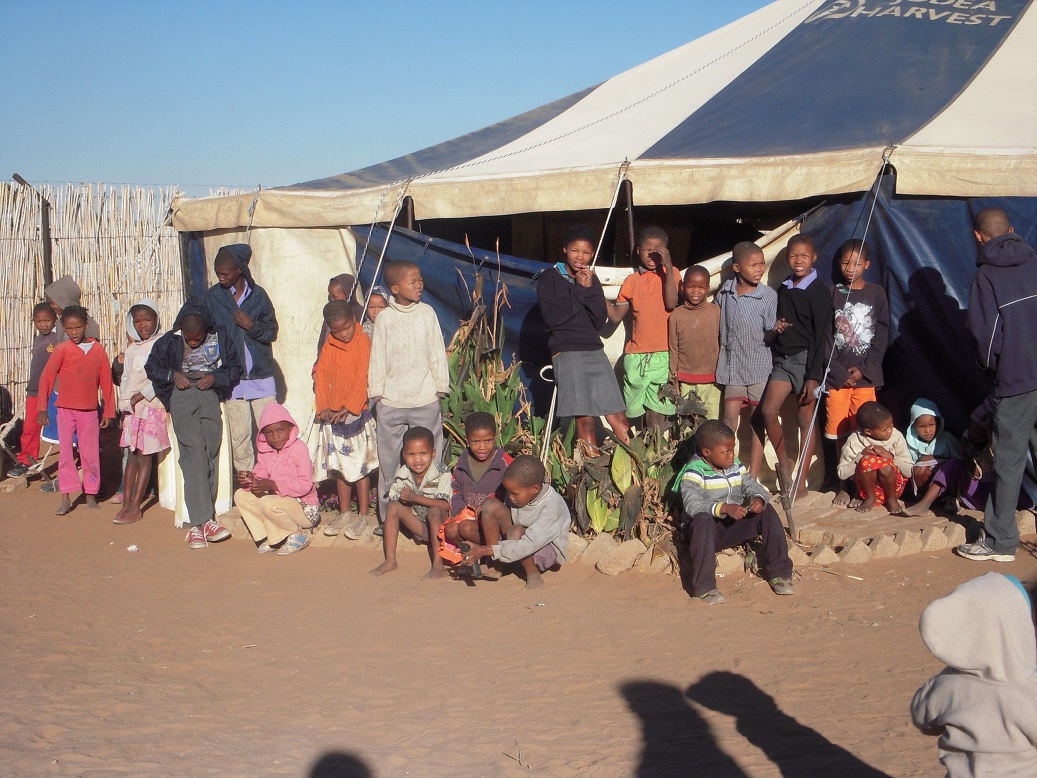 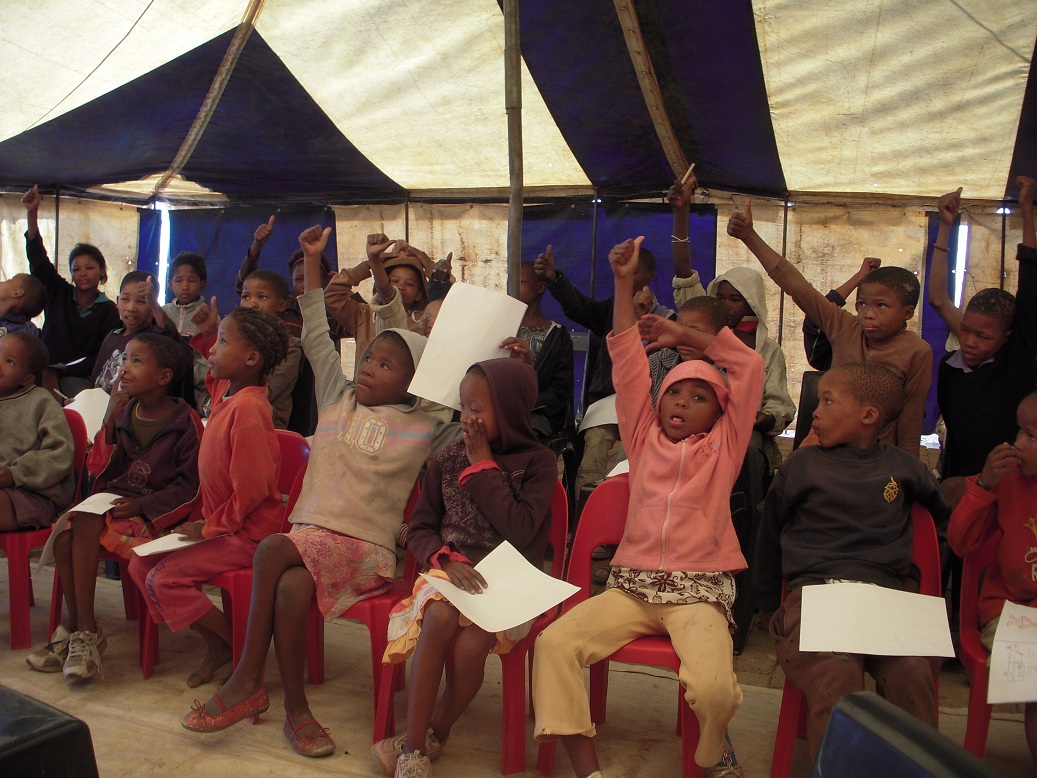