Everything began to pick up at work as the summer progressed. For those who are familiar with the Supreme Court, you may know that many major decisions come down over the summer–specifically in mid to late June. June 29 was the last day the Supreme Court delivered decisions for this term. At Alliance for Justice, we focus on the Supreme Court and emphasize its importance and potential impact on our daily lives. Thus, we followed a few specific cases, including King v. Burwell (which determined the fate of the Affordable Care Act), Obergefell v. Hodges (which focused on same-sex marriage) and Glossip v. Gross (which was to determine whether or not a particular substance could be used in lethal injections used for the death penalty), just to name a few. We focused social media campaigns and press releases on the potential impact of these court cases, and the results once the decisions were released.

Friday, June 26 was one of the more exciting experiences in our work following the Court. On this day, Obergefell v. Hodges was released, and it was decided that same-sex marriage should, in fact, be legal in all 50 states. Not only was Alliance for Justice hoping that this would be the result, but we also took action and went down to the Court to wait for the decision to be released. This is an image of my view from that day: 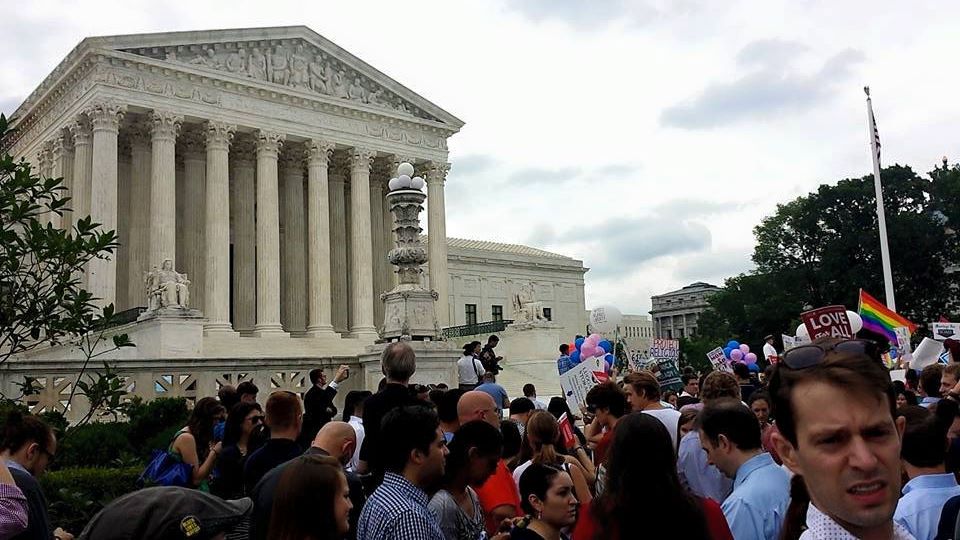 I was standing by the Court steps–along with activists from across the country–when the decision was released. This is just an image to try to convey how many people were at the Court awaiting the decision: 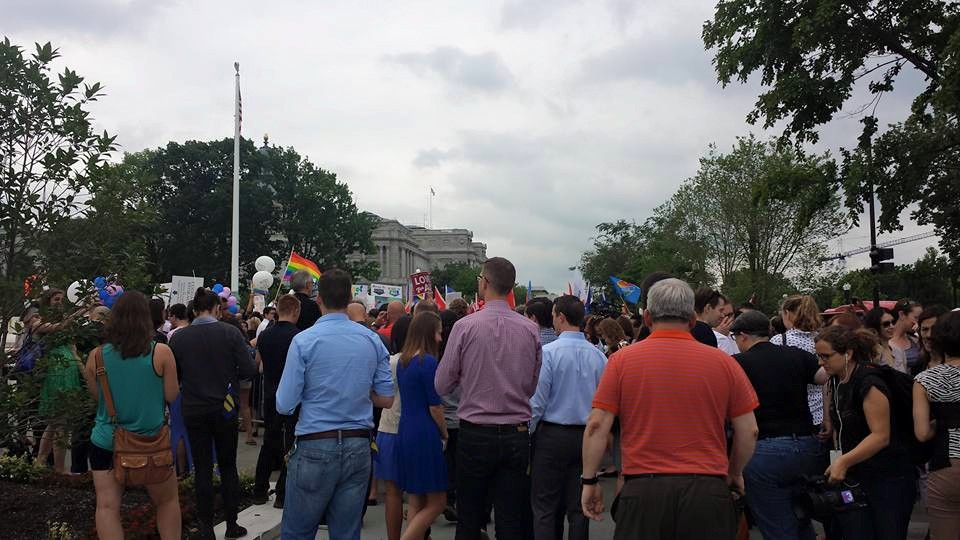 It is so thrilling to see when our work pays off, and for so many to understand what we do here at Alliance for Justice. This decision has a profound impact on people’s lives, and AFJ wants to make sure people recognize that. We want people to understand that the #CourtsMatter, and that who is sitting on the bench can determine whether or not your rights are protected. That is why we launch campaigns regarding judicial appointees and upcoming cases.

In addition to our other campaigns, AFJ always launches a year-long campaign. We are in the process working on a new campaign, for which a video will be released. The current campaign, which started last year, focuses on forced arbitration. The campaign, called “Lost in the Fine print,” discusses how companies take advantage of consumers and employees by inserting forced arbitration clauses that are convoluted, hidden and not always understood.

Here is a pamphlet from the last campaign: 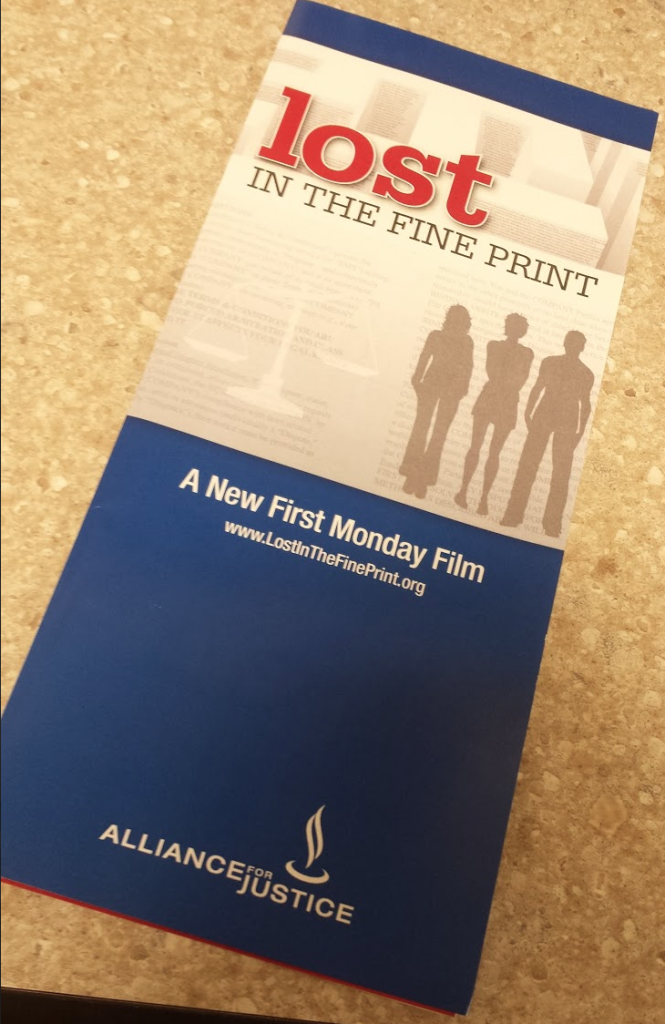 I am excited to begin working on this new campaign.