As I looked at the calendar this week, I was surprised to realize that I had reached the halfway point of my internship at Small Army and Small Army For A Cause.  Just like every summer, the weeks have flown by. In the whirlwind of time speeding by, I realize just how far I’ve come—I’ve learned so many new things, met so many new people, and made so many memories along the way—and it’s only the halfway point! With that, I’m going to share how my time as Small Army and Small Army For A Cause has progressed and all of the experiences I’ve had along the way.

Small Army does a great job of bringing interns into the mix with our clients. I’ve learned more than I could have imagined working on the different teams assigned to each client.  Performing research for our client Zillion and their platform Zillion Health really opened my eyes to the telehealth industry.  With this breakthrough cloud technology, our era will see a convergence of online cloud platforms that enable us move from the reactive health care system that we all know so well and transition to a much more preventative health care system that helps to keep us healthy each and every day.

Another client I’ve had the opportunity to become acquainted with is SolidWorks. Based out of our very own city of Waltham, SolidWorks is a 3D “solid modeling computer-aided design (CAD) and computer-aided engineering (CAE) software program” It allows “engineers, designers, and other technology professionals…to take advantage of 3D in bringing their designs to life” (Company Info SOLIDWORKS). Their software allows businesses like Astrobotic, a company that “flies hardware systems into space for companies, governments, and universities,” to make space exploration a norm across the globe. Astrobotic plans to make our generation the first to live on the moon. Through SolidWorks’ 3D modeling program, Astrobotic is able able to streamline the process in which it designs and simulates their lunar modules to the point where SolidWorks’ simulations will make it affordable for more people than ever to fly to the moon and beyond (About Astrobotic). 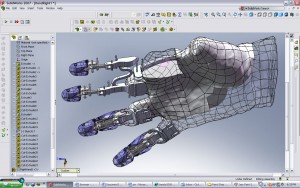 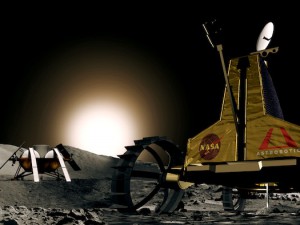 While all of these experiences have been eye-opening, the best experience I’ve had thus far at Small Army was being a part of the commercial shoot team for Mass Eye and Ear which took place at the beautiful Artists for Humanity building in Boston. This would normally be a fantastic event for anyone interested in advertising and film, but it was even more fantastic for me as it allowed my world to come full circle. When I was a child at the age of 3, doctors at Mass Eye and Ear performed surgery to remove a rare benign tumor known as a congenital cholesteatoma from my left eardrum.  Not only did the surgery save my ability to hear, but it saved my life as early detection caught the tumor before it could spread. Now 19 years later, I find myself on a team that helped Mass Eye and Ear produce a commercial. 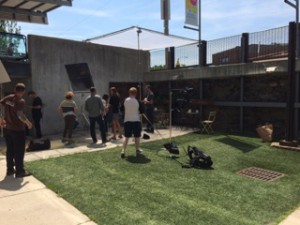 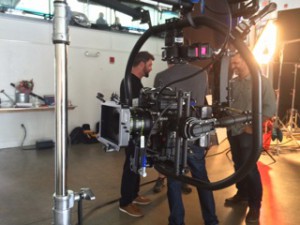 (Photo of the camera used for the commercial shoot)
Lastly, since joining Small Army, the main account I have worked on is Small Army For A Cause’s Be Bold, Be Bald! cancer foundation. A lot has happened since we last spoke as we are now in the final stages of planning the event in order to make it an even bigger success this year. We have been working on all types of event planning and coordination projects including developing this year’s Google Adwords advertisements, developing event apparel and other promotional items, collaborating with our PR team Ring Communications to improve our social media presence along with our brand recognition, working with a company called Mavrck to develop a reward community for our participants, using the MailChimp email platform to send emails to our associates, and many more. Within the next week, the planning and coordination should be almost complete and we will transition into the peak stages of the fundraiser as participants start to order bald caps and apparel, set up their teams, and begin to raise funds.

I am looking forward to my last month working for Small Army and Small Army For A Cause. It will be exciting to see how the next few weeks unfold.