This past semester I took a class in which we discussed different aspects of ethical research. As part of this class we learned about the many ways in which people were abused and taken advantage of for the sake of research. Whether it be experimentation or lack of consent and privacy, throughout history many people have participated in research involuntarily. Conducting research in an ethical and respectful manner was a huge social justice issue that has thankfully been mostly addressed. 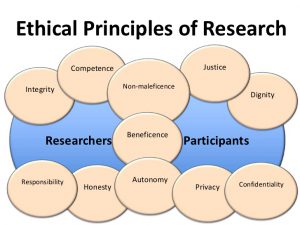 While in this class we learned that a key aspect of conducting research in an ethical and respectful manner involved protecting participants’ privacy and identity. While analyzing the data for the research paper I am in the process of writing, we encrypted the data, taking out the names and any other identifying information and instead giving each participant a numerical ID. By doing so, only a select few people have access to participants’ identity while for those working with the data, each participant is anonymous. As a result, participants are more likely to share information they want kept confidential improving the research along the way as well.

In my time as a research assistant I have had to analyze data regarding dentists’ perception of fluoride refusal. Many of the questions in the survey were controversial with opinions varying widely. For certain questions, dentists had the ability to write in their own answers, some of which could be seen as extremely demeaning. Although some of these responses will likely be published, knowing that individual identities were kept private allowed many dentists to express their honest, uncensored opinions. 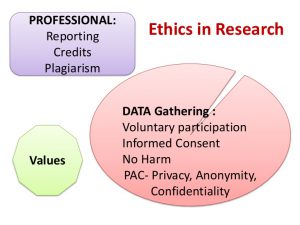 From my observations of the research lab I am working in, privacy and participant consent are extremely important. Since social justice and equitable and honest research are so important to today’s researchers, many precautions are taken to ensure data collection and participation are done voluntarily. Prior to participating in data collection, dentists were asked to consent to their opinions being collected and published. Explanations on how the information collected will be used ensured participants agreed to the terms of the research and were aware of how their opinions might be shared.

Anonymity is often forgotten in today’s society where so much of our lives are shared publicly online. However, in public health research which often relies on individual respondents, to truly capture the public opinion on an issue, privacy and comfort are key. No one would want to share their private opinions on a controversial issue only to find that they are later ostracized due to the opinion being made public. Therefore, while it might seem laborious to take the many consent and privacy precautions modern researchers implement, one must remember the history of the many involuntary research participants.