As a Philosophy major, there isn’t much I’ve learned in that department that translates directly into what I’m doing this summer at the DC Public Defender Service [PDS]. That said, the type of thinking I’ve come to develop at Brandeis has been crucial for my investigatory position.

Much of what I’m doing is problem solving – whether it be navigating the bureaucracy of the US Marshal Service or figuring out how to charm myself into getting a statement from a witness in the field. Some of the internship also involves critical thinking in the sense that we need to figure out, under the circumstances, how best to defend our client.

The most common theories of defenses we pursue fall into one of a few categories: fabrication, misidentification, mere presence, or self-defense. Depending on the evidence, we’ll choose a theory and present that as our version of the case events to the judge and/or jury. There’s no doubt that my experience in the Philosophy department has prepared me well to think about and make effective arguments. Being able to apply those skills on the ground in a way that effects people’s lives is a remarkable opportunity. 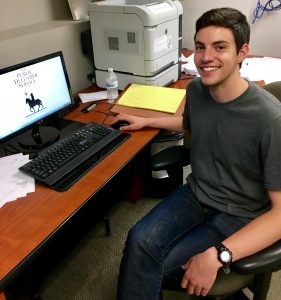 The social justice issues I’m learning about – mass incarceration and criminal justice reform – are topics that I’m only now, at PDS, starting to grasp. While the organization is not policy-oriented, interning here has allowed me daily exposure to some of the injustices that plague the criminal justice system. One area that has particularly interested me is mandatory minimum sentencing for non-violent drug crimes. It’s something that’s been discussed – how draconian these minimums are, how much discretion they remove from the hands of judges, and how they disproportionately affect the African American community. Of course, not every drug case is negatively affected by these minimums, but learning about them has certainly allowed me to contextualize much of the work that I’m doing.

Mass incarnation is another issue I’m becoming particularly passionate about as a result of my learning and experience at PDS. Until I started doing research, I had no idea how extreme the issue really was. Did you know that the US has the highest incarceration rate in the world? According to the US Bureau of Justice Statistics, over 2.3 million adults are currently incarcerated in the US – about one of every 110 residents. It is a number that has more than quadrupled since the War on Drugs was first waged by President Nixon in the 1970s.

What’s worse, felony convictions don’t disappear after a convict has served his or her time in prison. To the contrary, such a conviction stays with people for life, and prevents them from accessing many fundamental services and being full-fledged members of our community. Just to get an idea, convicted felons can’t live in public housing, receive public social benefits, vote, or travel abroad. What this effectively means is that a ten-year sentence doesn’t end after ten years. I’m not sure if it ends at all.

Having these ideas in mind, many of which I first heard of at Brandeis, has allowed me to realize the vital role PDS plays in the criminal justice system. Without public defenders, there’s no doubt the system would be far less just.