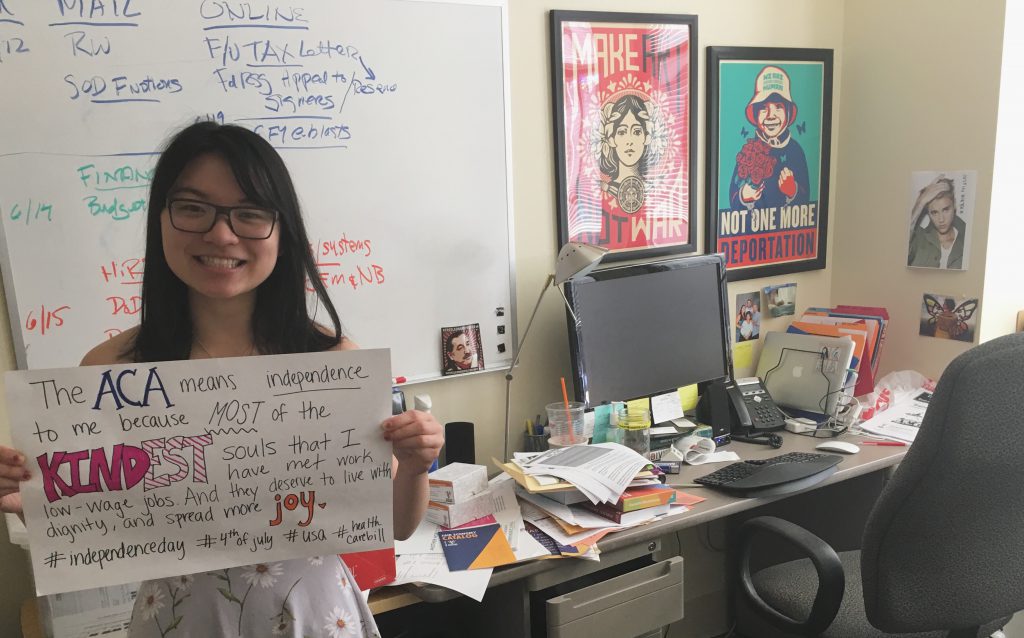 United for a Fair Economy (UFE) has been active for more than 20 years, but our cause has only been in mainstream conversation for 10. Though, it is important to note that things didn’t suddenly get bad — they’ve been bad. Ever since President Ronald Reagan introduced trickle-down economics, the wealth divide has only become deeper.

Thankfully, there are plenty of wealthy donors that we can pay homage to, but not every millionaire helps fund libraries and schools. Too many make irresponsible decisions; and even if we place taxes on gold or sports cars, we’d be punishing mechanics and jewelers — not the 1%.

Therefore, progressive taxes offer the only route towards a more equitable economy. Regardless of whatever counterarguments you may have heard. 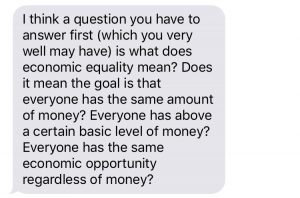 One of my closest friends asked what a “fair economy” even entails, and it’s quite simple. UFE’s goal is not to have every bank account hold the same value; we are working so that everyone can live on a respectable income.

It’s simply not acceptable that the wealthiest 400 households can afford to buy a new car for every household in the country. And it’s not justifiable when $40,000 is a Bachelor’s degree for one person and a bottle of champagne to another.

Instead, we believe in an economy where each individual’s tenacity has real value — and not just the illusion of it.

For decades, UFE and its supporters have acknowledged that reliable infrastructure and social welfare programs are vital to a nation’s success. Those in office may sweep the issues under the rug or minimize the consequences, but our economy’s health lies in our collective well-being, not just that of major CEOs and heiresses.

We are constantly reframing and rephrasing certain issues, because with just this simple task, one would be amazed by how many people suddenly care. Politicians and academicians have created significant barriers to understanding the way our economy works, and UFE is devoted to creating a level playing field.

For example, there are still many low-income families that are against the idea of an estate tax because they believe that they would be negatively affected by it. In reality, you and I both know that an individual would need millions before the tax comes into effect, but many at the top feed off of misinformation.

And not only is jargon to blame. There are instances where it is clear that legislators are hoping to create a one-sided response. Take the Right to Work law for example. The document was made to sound like a basic virtue, but really, it gives power back to corporations. The law has defunded labor unions considerably and affected their ability to function effectively.

But again, that’s simply not clear, and those that are most affected by such laws simply don’t have the time to do extensive research. These are the individuals that are busy sustaining our country’s foundation, and we owe it to them to take such matters into our own hands.

Especially during times like these, UFE rallies progressive individuals in the top 5% and forces politicians to listen. And while these 5%ers are the ones receiving the most benefits, the need for a more sustainable economy trumps self-interest.