In my career at Brandeis I have taken classes that talk about systemic racism and its effect on American society. Currently at my internship, we are finishing up creating our database tracking systemic racism at a state level and seeing the effect it has on police shootings. Some factors we are using to measure this are incarceration rates, managerial positions and housing segregation. We are attempting to prove that police shootings are caused by racism by showing that states that have higher levels of racism and prejudice also have higher rates of police shooting unarmed black people.

In my classes, I have leaned that racism at the systemic level can lead to a society that acts upon a racist subconscious. For example, in a community with a particularly high rate of black incarceration, a low rate of minorities in managerial positions and highly segregated housing, citizens are much more likely to believe in racial stereotypes and engage in the misconstrued dialog of the black typecast. Law enforcement brought about by police also plays a powerful role in this cycle.

In my research, I have found that in 2010 a black person in Wisconsin was eleven times more likely to be incarcerated than that of a white person. Meanwhile, Wisconsin’s housing was 83% segregated in 2010. So, a non-black police officer that lives in a predominately Caucasian neighborhood in Wisconsin, whom most likely does not have much exposure to the black community because of his residency in a white-dominated suburb, is more likely to believe and contribute to minority stereotypes. Because of this, it is more likely that this particular officer, who witnesses a high percentage of African America incarceration rates, believes that it is common for black people to be criminals and or violent. This belief would lead to a higher likelihood for the officer to seek out or arrest black citizens due to his own prejudices.

Building on that idea, when encountering a minority he may also suspect them to be violent or have a history of crime, leading to a higher level of fear and increased irrationally on the job. This may cause the officer to use excessive force while warranting an arrest and if the situation were to at all escalate, the officer may fear for his life and lead him to shoot the perpetrator. Usually in these situations the officer is in no real threat and the supposed “criminal” is usually unarmed and often not breaking a law or merely committing a very minor non-violent crime.

In my classes I have learned how racism leads to much injustice in America, and I have learned that it kills. These statics that I am researching are not only problems themselves but also lead to big issues like police brutality and unfair deaths. What I have learned about race in America has helped to contextualize the work I do and understand how they are all connected. Creating an extensive database documenting various indicators of racism state by state is an important resource to have because it can used to expose other issues. It is important to learn that these things are not coincidences and we must address systemic racism and other inequalities, which will cause a ripple effect helping to solve other issues. Without this knowledge, I may have not understood the importance of spending the day looking at a census charting numbers such as incarceration rates or home ownership, and I may have missed the full picture. 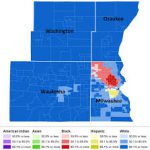