As a Cultural Anthropology major, I have come to understand the significance of experiential learning as a way to expand my education. In fact, the very nature of Anthropology requires fieldwork to fully understand how to analyze and internalize a culture. This became apparent to me this past semester as I had the unique opportunity to participate in an experiential learning fieldwork practicum called “Sages and Seekers.“ 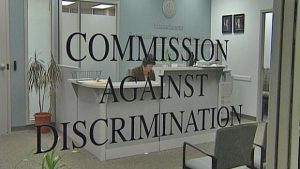 As an addition to an Anthropology course on aging, I conducted interviews with an elderly community in order to enrich my understanding of ageism and marginalized groups within society. What began as simply an opportunity to gain extra credit, transformed into an inspirational experience that forged new relationships and developed key interpersonal skills. Using my well-honed communication skills, I conducted in-depth research and interviews with community elders that required discussing sensitive subject matter. Each student was paired with their elder counterpart, allowing for unique relationships to form.

Throughout the semester, I became extremely close with my Sage Sandy. With each personal story he shared and research questions he answered, our relationship deepened. The process of researching and personally connecting with each interviewee sparked my interest in advocacy. I became passionate about telling each senior citizen’s story to fight against ageist discourse. 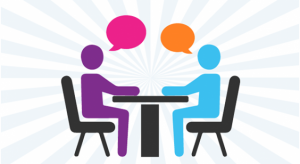 This ability to intuitively listen has become extremely vital to my role as an Intake Specialist. When filing discrimination complaints, I must develop a relationship with each individual I interview in order to create an atmosphere of trust and understanding. While the MCAD might not be able to help each individual who enters our doors, we provide them with the opportunity to share their story.

Additionally, the MCAD affords me the opportunity to advocate for individuals with claims of discrimination, specifically in categories I have studied in depth. In this way, my interdisciplinary background has fueled my specific interest in the MCAD. My Anthropology and WGS courses specifically study marginalized groups, providing me with a distinctive and valuable perspective.

“In 1965, gender was added to the Commission’s list of protected classes, opening up a huge new front in the battle against discrimination. Protection for families with children and recipients of public assistance came in 1972 and 1973. In 1975, a law was enacted to prohibit discrimination on the basis of age. Discrimination on the basis of disability and sexual orientation was added to the Commission’s jurisdiction in 1984 and 1989 respectively, while increased attention to the issue of sexual harassment generated a large number of complaints. Moreover, the Commission’s expanded jurisdiction to award emotional distress damages, back pay, and legal costs contributed to the dramatic increase in filings” (http://www.mass.gov/mcad/).

I am honored to work for an organization that is committed to advocating and fighting against social injustices. I believe that my past academic experiences, specifically, my interdisciplinary liberal arts education has deeply impacted my approach to this internship and my passion towards law and advocacy.