It has been quite a journey getting to the middle part of my internship. In the first few weeks at Charity Miles, my supervisor gave me an overview of what was expected of me. The expectations sounded like a lot, but her reassurance helped me be aware that I was not alone in this internship as she was a message away on Slack and a few steps away in person.

With more than a month into my internship, I still had a lot of work regarding my HubSpot project, which I had been working on since my second week. This project consisted of finding company sales contacts in order to build possible partnerships with. I was still fairly new to the HubSpot software. However, I had the basics down which helped me to complete the task. My supervisor was kind enough to give me the option of becoming certified with the HubSpot sales software through the subscription the company held.

She gave me one day in the week to dedicate myself to watch the videos associated with the certificate. At the end of all of the training videos, I took the exam—which I had to take more than once as I was not able to score high enough the first few times to get certified.

I was fortunate enough to be able to set up a phone call with a company that had reached out to me. The company’s intentions were not too clear but my supervisor worried less about that and worried more about me sitting in for a call in which she would be speaking about Charity Miles and potential partnerships. It was a great opportunity to see the integrity that my supervisor had during the phone call.

After a month and a half of working on finding contacts for the companies, I was finally able to say, “I’m finished finding the person of contact for these 900 companies.” It was a great relief because it was very tedious work and at times, would take a long time.

Though I had finished the first part of this HubSpot, the second part was right there waiting for me; linking the new person of contact for these companies in the HubSpot program. Some of the companies were new that were trying to be contacted so for those companies, I also had to build a profile. This became a great practice for me in learning how to network and not give up in attempting to build relationships among companies. This gave me practice and knowledge that I can transfer to any workplace when it comes to working with clients or actual companies themselves. 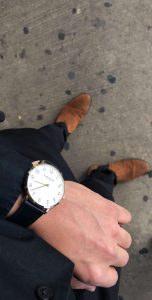 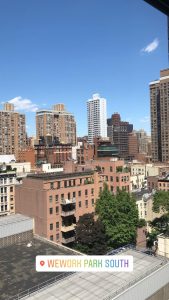 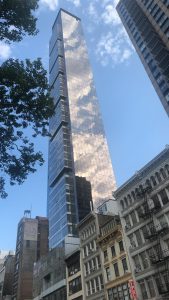