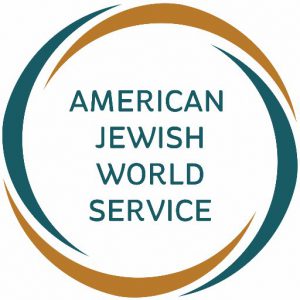 This week, I began my summer internship at American Jewish World Service in their development operations division. American Jewish World Service, or AJWS, is an American nonprofit organization with their headquarters located in Manhattan. Their mission is to end poverty and promote human rights in the developing world. They have five main focus areas: civil and political rights, sexual health and rights, ending child marriage, disaster response, and land, water and climate justice. The organization is structured as both a grant giver to its partners in nineteen countries (Democratic Republic of Congo, Kenya, Liberia, Senegal, South Sudan, Uganda, Bangladesh, Myanmar, Cambodia, India, Nepal, Sri Lanka, Thailand, Dominican Republic, El Salvador, Guatemala, Haiti, Mexico, and Nicaragua), as well as an advocate in the United States for certain laws and policies that support its mission. To me, one of the most interesting things that I’ve learned about the structure of the organization is that it is both a grant recipient and a grant giver, unlike other nonprofits that I am familiar with. As a development operations intern, I will hopefully have an inside look into some of the grant processes.

I began my first day feeling quite nervous, not really knowing what to expect as I walked into the office building in midtown for the first time. It didn’t help that I had some trouble finding the entrance to the building, nearly making me late for my first day. When I came in and was directed to a conference room down the stairs, I was delighted to see that there were already about seven other interns who looked about my age, waiting with looks of excited and nervous anticipation that matched my own feelings. It made me feel better knowing that there were several others at the same stage that I was. After a brief orientation and tour of the office, we were placed at our desks in our departments. As I got settled into my desk and began reading the organizational materials that had been given to me, other employees from the office began approaching my desk to introduce themselves. The multitude of smiling faces helped make me feel so comfortable on my first day.

After receiving preliminary training in Raisers Edge, the database that AJWS uses, I could begin some of my assigned projects. This week, I helped clean up some constituent profiles on the database, in preparation for AJWS switching to a new database. Later, I did a little research on prospective donors. On Friday, I began updating the board’s profiles. However, mostly this week was filled with slowly getting to know the office and the people in it and becoming more comfortable in my new routine. I’m looking forward to being able to get involved in more and more projects throughout the summer. Since this a field that I am considering pursuing after college, I am excited to learn more about the different facets of the not-for-profit sector through this internship.