Over these past two years as a student at Brandeis, it is fair to say that I’ve realized my college experience is defined just as much by my learning experiences outside of the classroom as it is by my experiences within a lecture setting. Perhaps the most important skill I’ve built since becoming a Brandeis student is the ability to take what I have learned from my coursework and incorporate that knowledge and understanding into how I live my life. The entire purpose of learning, in my opinion, is not to merely memorize facts and figures, but to gain an enriched perspective through the lens of a given person’s field of study. Bridging this gap between life and information learned from class is certainly a feat in itself, and potentially the most valuable skill I have attempted to master thus far. 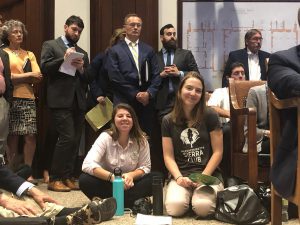 While the project as a whole is extremely exciting and seemingly rewarding if we are able to succeed, the fact remains that these past few weeks have mainly consisted of me and my fellow intern collecting all sorts of data, merging files, and spending lots of time performing simple math equations. With projects like this one, it is quite easy to feel frustrated by a lack of obvious progress towards our overarching objectives.

Throughout the early stages of these sorts of projects, I have thought back to my time at Brandeis in classes such as statistics and biology. In these courses, I learned about valuable scientific discoveries, discoveries that I could connect to my own life or to the world around me. At the same time, I oftentimes received works that seemed far from tangible or meaningful to the bigger picture. But I came to grasp that these smaller steps of understanding are just as integral to creating great change. 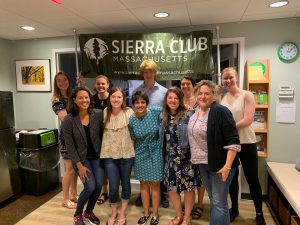 If nobody focused on the more monotonous sides of work–the data collection, organizing the Excel sheets, calculating averages–the larger scale goals could never be reached. My time at Brandeis has taught me that there is always a way to bridge this gap; it all depends on your mindset. So, during my time at Sierra Club, I am choosing to view my internship tasks as a step in the direction of a seeable difference, but I am also trying to understand that not everything I do is going to be a part of the next great breakthrough in climate change-related disparities.