I am a remote research assistant for Rogers Behavioral Health in Philadelphia, Pennsylvania.  Rogers is a national “not-for-profit provider of behavioral health services and is nationally recognized for its specialized psychiatry … services” (Rogers’ Website).  Rogers has 18 locations that work to fulfill their mission: to provide evidence-based treatment to children and adults who are suffering from mood disorders, eating disorders, post-traumatic stress disorder, and obsessive-compulsive and anxiety disorders.  In addition to providing intensive therapy and partial hospitalization, Rogers also produces research.  As a research assistant, I work to disseminate information about how to help people with mental disorders–a population that society often stigmatizes and overlooks.  Most published health research concerns physical health, while mental health is usually ignored.  Mental health is equally as important as physical health, so I strive to further research methods of improving mental well-being.

Schomerus et. al (2018) distinguishes the difference between the social stigma versus the structural stigma of mental illness.  Their research suggests that social stigma decreases individuals’ likelihood to take the “initial steps of help-seeking when persons have not yet fully identified” with a specific psychiatric disorder.  The structural stigma serves as an additional barrier to overcoming mental illness by decreasing the availability and distribution of treatment.  Schomerus et. al (2018)’s research also indicates that spreading knowledge about mental health treatments will help reduce the stigma.  Therefore, my research on treatments for mental disorders will help reduce stigmas attached to people who have these disorders.

The studies I am analyzing include data indicating the benefits of evidence-based therapy.  Publicizing the efficacy of evidence-based treatments helps counter the common misconception that medication is the sole solution for mental illness, in addition to helping decrease the negative stigma.  As a researcher and future therapist, I want to work to help individuals who are struggling, but I also want to actively serve as an advocate for equality and to reduce stigmas.

I am working directly under Dr. Martin Franklin, the Clinical Director of the Philadelphia Rogers center.  This is my third summer working with Dr. Franklin.  Last summer, I worked with him on a meta-analysis regarding treatments for pediatric obsessive-compulsive disorder (OCD), which was published in Current Treatment Options in Psychiatry in January 2020.  This summer, we are further publicizing evidence-based treatments by writing chapters in manuals and books.  The chapters Dr. Franklin and I write will be included in completed works, alongside chapters written by psychologists worldwide. 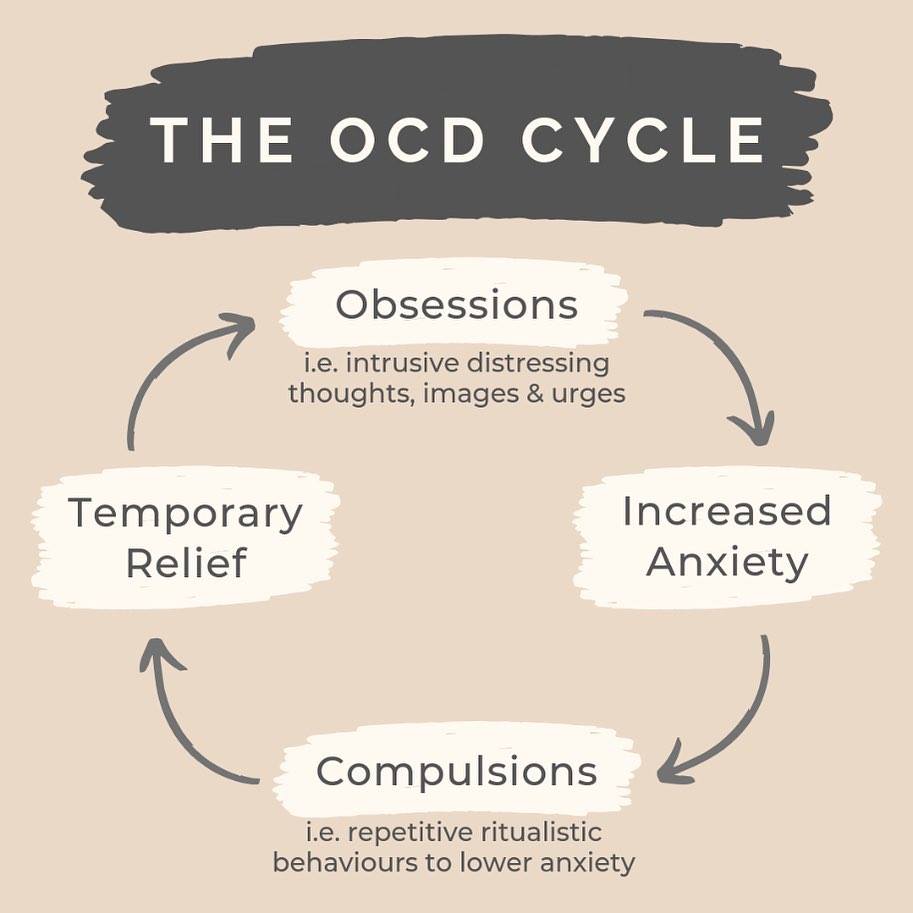 One of our two chapters involves OCD treatments for adults.  OCD refers to when an individual has an intrusive thought that causes anxiety (an obsession), and then the individual takes some sort of action that decreases this anxiety (a compulsion).  The compulsion causes temporary relief, but ultimately will result in the obsession and then the compulsion happening again.  Thus, the OCD cycle repeats itself.  Obsessions and compulsions are irrational, and often the individual experiencing them realizes this irrationality, but cannot break the cycle.  This disorder is very impairing and regularly misrepresented in popular media.

The second chapter we are writing, “Treating Trichotillomania and Trichophagia,” will be in a book titled Applied Behavior Analysis: A Comprehensive Handbook.  Trichotillomania is considered a related disorder to OCD, but trichotillomania involves hair pulling from the head and/or various other body parts.  Pulling can be automatic or intentional, but it is repetitive in all forms of the disorder.  Pulling also is “not triggered by obsessions or preoccupations … [but] may be preceded or accompanied by various emotional states, such as feelings of anxiety or boredom … [or] preceded by an increasing sense of tension or may lead to gratification, pleasure, or a sense of relief” (Diagnostic and Statistical Manual of Mental Disorders – Fifth Edition).  Trichotillomania is mentally impairing and in some cases, physically impairing too.  One physically impairing form of trichotillomania is trichophagia, which is characterized by eating the hair after one pulls it out.

Writing these chapters will help educate therapists and laypeople about the research-based treatments for people who have OCD and trichotillomania, and the completed works that these chapters are in will spread treatment options for a variety of other mental disorders.  Education fuels effective treatment, which is the main pillar of Rogers’ mission, as well as one of my personal goals as I pursue a career in psychology.