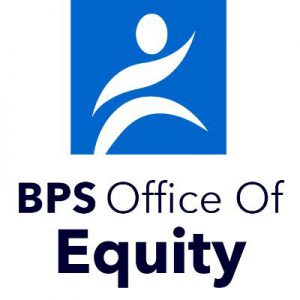 I have been working for the Boston Public Schools (BPS) Office of Equity for around a month now. The BPS Office of Equity exists at the district level and has a variety of functions. Primarily, the office handles Title XI claims by either conducting investigations into bias-based or sexual misconduct reported by schools, or assisting schools in their own investigations and documenting their findings. Bias-based misconduct can be anything by which an individual is harmed on the bases of a protected category, which includes but is not limited to race, class, nationality, ethnicity, gender identity, sexual orientation, religion, and ability. Cases may be between students and students, students and employees, or employees and employees.

Accountability is one of the key components of change-making, and is one of the major reasons I chose to work in this field. Anyone can say they would like to make change, but what will be done if there’s no way to ensure it happens? As a person committed to doing anti-racist work in whatever field I end up in, and as someone who loves education and learning, the opportunity to influence the environment under which students learn—and to create a more respectful, welcoming, and equitable place for all students to flourish—is a great and important place to start. I am also interested in education policy, so working in an office within a school district has been a great way to get to know a district and the ways policy determines how districts and schools run.

It is interesting to think through what change looks like in this field. Despite efforts to change the future actions of any one individual, or to repair the harm that has been caused as a result of bias-based conduct, or even the more structural re-imagining of an anti-racist educational system, the district itself and the office by extension are nonetheless parts of a system that perpetuates white supremacy and racial capitalism. It seems the way of making change, then, is a multifaceted, multi-tiered approach that starts with education and the changing of hearts and minds on the interpersonal level, to a rethinking of how schooling occurs and how schooling can be better suited for all students regardless of race, gender, nationality, and class, etc., despite the capitalist system within which schooling in the United States is situated.

The individual level work is time consuming and is the majority of the change-making the office is able to do. However, those bigger projects, larger ways of thinking, and new proposals for restructuring schools and supporting teachers are things on everyone’s mind in the office. As the school year comes to a close and the number of cases begin to decline, I look forward to a shift away from administrative work and towards work with more members of the team to continue imagining the potential for the office and creating programs which can work towards racial justice in schooling in myriad ways.

(she/her) View all posts by luccaraabe