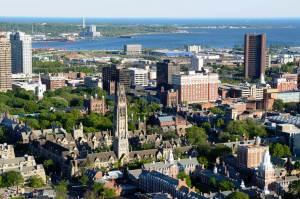 On the way down to a court hearing recently, I got into the freight elevator as usual. Between the floor where I work and the floor where I was going, is the mezzanine floor, where the prisoners are held for a short time before appearing for their hearing that day. The elevator stopped, doors opened, and two Federal Marshals escorted a handcuffed defendant into the elevator. My boss had told me on the first day that if I ever called the elevator and a prisoner was in it, that I should just take the stairs instead. I had never been told what to do if I got into the elevator first, and then a prisoner entered. I was a bit surprised, but kept my calm, quietly observing the marshals’ interaction with the prisoner. I expected the prisoner to be quiet and introspective, solemn in some aspects, and for the marshals to be stern and gruff, as often seems the case on television shows and movies. Instead, the defendant was surprisingly upbeat, joking with the marshals, who equally reciprocated his sense of humor, creating a humanizing atmosphere. In another recent instance, I witnessed a man being escorted out of the courtroom after being sentenced to five years of imprisonment, joking with the marshals. Recent studies have indicated a correlation between humor and both self-compassion and empathy for others. 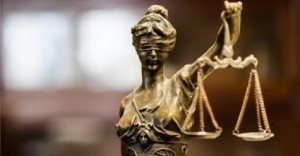 While working here at the Courthouse, I’ve found that everyone seems to have concluded the best (and fairest) way to deal with the intense job of criminal and civil justice, is not to simply dehumanize the accused. Rather, the judges, marshals, clerks, and even the accused themselves, all strive to reach outside of their given role to express a common and shared humanity. Not only does this profoundly change the dynamic of the workplace, but it also leads to a more equitable approach to justice. Humor, and the humanization it brings about, seems to ease the anxiety of the defendants, and assists the workers of the court in bringing about justice and rehabilitation. 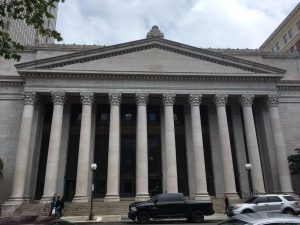