It feels strange that just two weeks ago I was still working, but now am switching to classes instead. Although I am excited to see my friends again, I am sad that I am leaving the world I was in this summer.

I did not have specific goals this summer, but rather simply to see whether I wanted to work in the non-profit sector after I graduated. Although I have thought that I wanted to work in the non-profit sector I felt it was important to actually get a taste of what it would be like to do non-profit work. Although working for a summer with a clear end date is very different than potentially starting a career, I think summer experiences are still very valuable. Working at Avodah this summer solidified in my mind that I want to do work like this after graduation. It also showed me that I want to do more work in the research side of non-profit work, rather than the financial and fundraising work that I have done more of in the past.
I am most proud this summer that I was able to be adapt to whatever was needed. Although I had consistent projects, there were also short term projects that came up when there were events or campaigns. My main projects were focused on recruitment, but the other interns (under other supervisors) and I would sometimes work together on phone-banking and helping to prepare for big events if needed. Avodah does not have a lot of staff, so on big projects everyone who can pitches in to help.
If I was giving advice to a student who wanted to work at Avodah or in non-profits as a whole, I think my best advice would be to be adaptable. Many non-profits are small organizations, so if there is a fundraising drive or important event coming up, all staff members may need to help, even if their job is not about fundraising or event planning. I also think it is important to have an open mind. There are a lot of different groups of people and viewpoints involved in non-profit work, and it is important to be able to listen to and try to understand where different groups are coming from, even if you do not agree with them. Specifically at Avodah, I think it is important to speak up if you want to, even if you are ‘just’ an intern, because each person has their own unique viewpoint that can be very bring a new perspective. Finally, I think it is important to realize that not all of the work is going to be fun or interesting. There can be a lot of grunt work that can feel repetitive at times, but it is still important work that needs to done.
For seniors who do not know what they want to want to do after they graduate, or who think or know they want to work in the non-profit sector, the application should be live soon: http://www.avodah.net/apply/.

Working five days a week is similar in a lot of ways to going to classes five days a week, but it is also very different. In both cases, there are times when there is not a lot of work, and I have time to work on long-term projects. But there are also frantic days before a big event, in the world of work, or a big paper, in school, where it suddenly seems like there is not nearly enough time.
This week, we had a graduation for the New York City corps members, an event that almost 100 people attended. It was really amazing to see all of the different people come who had been inspired or affected by AVODAH’s work, whether it was rabbis or alums of the program, many from many years ago who still stayed connected to AVODAH. It was also nice to see the event come together so well after all of us the office had been preparing for it.

I appreciate working at AVODAH because of the work environment. Not only are all of my co-workers helpful, but everyone is also deeply engaged into their work. People discuss not only how to get their work done, but also why they are doing it and the larger implications of social justice work in general.
For example, we are currently reading Just Mercy by Bryan Stevenson, which talks about his work as an lawyer with disadvantaged clients on death row as well as children who had been sentenced to life in prison for crimes committed when they were sometimes as young as 13. Although AVODAH does not work directly on legal cases, one central concept in the book is proximity, which is a concept that is deeply embedded in AVODAH’s work. Stevenson argued for the need for proximity saying, “This is my challenge to you: We need to embrace need. We need to get closer to the problem. Human beings have the capacity – when we get close – of finding our way to justice.”* AVODAH corps members directly engage with the populations they are serving, so they can better understand what those populations want and need, instead of simply assuming what they need or the corps members deciding. 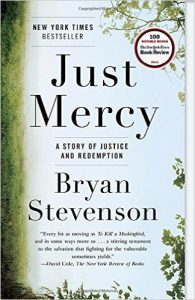 I think proximity is really important, but I also think that there is the risk that it can be used to simply assuage someone’s guilt, rather than actually address the problem. For example, I went on a service trip in high school that had policies that forbade giving out any food or goods, both of which were not related to the service we were doing there. When the trip first started, I did not understand why. We were in a very poor neighborhood and I did not have to look hard to find something easy that I could do to help someone, like giving a child water or food. The program did not ban giving out food or goods to be stingy, but to try to ensure that relationships were not just a relationship where one person gave and another received, but rather a relationship between two equals. While I do not necessarily completely agree with the policies, by the end of the trip I understood why they were there. They forced me to look beyond simply giving a child a little food and then feeling good about myself to grappling with why the children needed food in the first place and what my role as an American was in the causes.
Proximity is an important tool in social justice work, but I think it can be also dangerous, which is why it is so important to have discussions and truly grapple with the issues, like what I think is happening at AVODAH. 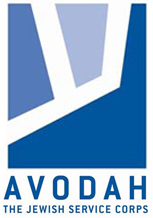 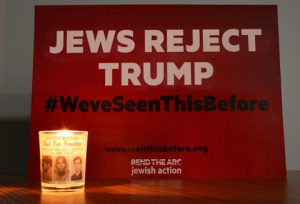