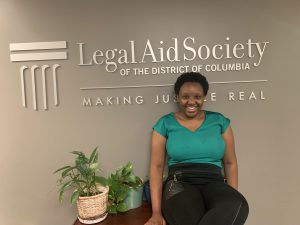 This summer I learned that doing social justice/ public interest work is NOT going home at the end of the day with the work being done and the injustices being solved. Rather, it’s going home every night knowing that these same injustices will still be a problem when you wake up in the morning, but still waking up and going to work each day in order to make some sort of a difference. Thinking of social justice work and my work at Legal Aid this summer reminded me of a story called “The Starfish Thrower,”originally written by Loren Eiseley, which has gone through many adaptations. The story goes like this:

An old man was walking along a beach the day after a storm. Along the shoreline, thousands of starfish had washed up on shore and were now baking in the hot sun. The old man began walking down the beach looking at the starfish when he soon came across a young girl. The girl was picking up the starfish and throwing them back into the sea. The old man stopped the young girl and asked “Young Lady, what are you doing? There are thousands of starfish along this beach. You can’t possibly make a difference and save all of them.” The young girl paused. She then bent down and picked up another starfish and threw it into the ocean. She then said, “Well, it made a difference to that one.”

This story above is what choosing to do social justice work is like. This summer at Legal Aid, I got to see this first hand. My previous internships were computer science-based and had definite end goals like publish this program, write this piece of code, build this webpage, etc. At the conclusion of the internship, my work would be done, and whatever problem or task I was given at the beginning of the internship would be solved. At Legal Aid, that’s not the case. The Legal Aid Society of the District of Columbia aims to “Make Justice Real” for those living in poverty in DC. This has also been one of my goals all summer. However, with a goal like that, there is no definite end. Social justice work like this has no definite ending or even an accurate measure of progress.

As my internship comes to a close in the next two weeks, I can’t say that I’ve made a significant difference in the larger problem of injustices facing those in DC, but I can say I have made all of the difference to at least some people facing them. My work at Legal Aid this summer has allowed me to assist individuals in being able to stay in their family homes, retain their home-health aide hours after they had been reduced, gain custody of their children, and so much more.

At Legal Aid this summer I have not only been able to do social justice work, but to do it in a city that is close to my heart. This summer, I feel like I’ve had a unique impact on my organization by being a native Washingtonian. The city I grew up in is very important to me and I like showing my unique perspective to others who might only see DC in one way. So much so that in my last two weeks I’m even leading a tour of one of the areas of DC that my middle school was located in, and I’m super excited to share my knowledge with everyone.

Here’s to a sweet last two weeks of my internship. 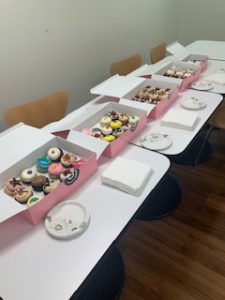 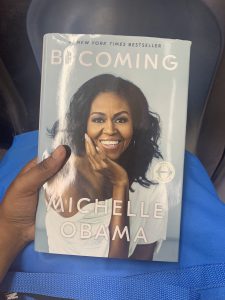 It’s my first all-staff meeting, and per tradition I have to introduce myself with my name and a fun fact. I rise and say, “Hello everyone, my name is Rolonda and I’m a fourth generation Washingtonian.” That means that my great-grandfather, grandfather, mother and I were all born and raised in Washington DC. In four generations, you would think the city has changed quite a bit, but even in my short twenty years of life I’ve seen the city go through rapid transformation.

New grocery stores, high-end restaurants, and condos are springing up all around the city as a new strategy of “urban development” is being implemented. But with all new structures being created to enhance the new vision for DC, elements of the culture of DC like gogo music, mambo sauce, and even the DC accent are being wiped out completely. Historic residents who are primarily people of color are being rapidly displaced, and DC has become one of the most segregated and gentrified cities in America. 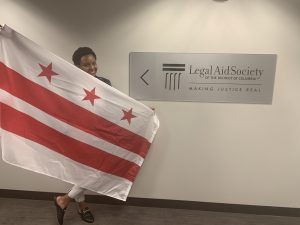 This summer I am interning at the Legal Aid Society of the District of Columbia. Legal Aid’s motto is “Making Justice Real.” Legal Aid is an organization that provides a variety of legal services in the areas of housing law, domestic violence/family law, public benefits law, and consumer law to low-income residents of DC. This includes direct representation, legislative advocacy, and education and outreach.

At Legal Aid, I am based in the organization’s intake unit. So far, this has included taking calls from potential clients, having them summarize their legal issue for me, and either referring them to outside organizations or inviting them to intake interviews. I have also been to the district courts in order to file paperwork for attorneys in the clerk’s office, in addition to doing some HTML coding to help the launch of Legal Aid’s new online intake portal. Legal Aid aims to make justice real for those living in poverty in DC. I’m helping contribute to this organization’s mission by being their first point of contact through the intake department. One thing at my internship that gives me joy is seeing one of the people who I spoke with on the intake come in for an interview and have their case accepted by one of our attorneys, and finally get representation.

To me, progress is little things such as someone having legal representation who otherwise might not have it, and who can now get much-needed repairs on their homes, retain their public benefits, or gain custody of their children from abusive partners. My career goal is to work as a public interest/poverty law lawyer in DC and this internship is the first step on that path.  I have only been at my internship for two weeks, but I’m amazed at what I have been able to accomplish in that time and I cannot wait to see what the rest of the summer brings. I’m working towards making justice real for the people of the city I call home.

Also, for those of you interested in linguists here is an article about the DC accent!