It has now been a month since I started working for Avodah and I am already thinking ahead about the ways in which I could help their cause even when I am done with the internship. I have already contacted friends and colleagues to let them know them about the Jewish Service Corps, which is a project unique in its scope and mission, as I have learned by working closely with Avodah’s alumni programming team. 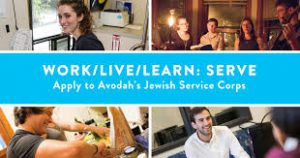 The first aspect of the Service Corps that distinguishes it from most social justice and youth activism opportunities is the fact that it allows members the freedom to design their own path. Whether they are interested in offering legal assistance to immigrants or volunteering in the healthcare system, Avodah provides them with a wide range of placements, i.e. partner organizations for which they will work for the duration of the year. Poverty alleviation is the nucleus of the organization, but the Jewish Service Corps recognizes that the roots and effects of this phenomenon run too wide and deep to be tackled unilaterally. The many ways in which Avodah’s undertaking can be addressed is reflected in the plethora of directions in which Corps Members can branch out. This serves another key goal of the program, namely encouraging leadership among young people who want to be active members their communities. The Jewish Service Corps lets its participants choose their own journeys, while making sure they are not alone.

I think this is where the essence of the work, mission, and organizational culture in a nonprofit like Avodah truly lies. The Corps members become part of a cohort of like-minded young people, activists, volunteers, employees, and most importantly alumni of almost twenty years of programming. This is how the organization manages to impact more than just the current group of activists it trains. “Igniting social change”, the second part of Avodah’s motto, refers to this ‘family’ that bridges generational, geographic, social, and economic gaps. It refers to connecting a surgeon who enrolled as a healthcare enthusiast in the Service Corps fifteen years ago to a recent college graduate interested in refugees’ rights. Through this network, Community engagement, which is Avodah’s latest area of projects, ultimately amounts to community building.

I have now been working for Avodah for three weeks, but I feel like I have been part of this environment for much longer. The main reason is that the entire staff and interns make it their mission to promote the same values and foster the same atmosphere in the workplace as in their social justice projects. Since both the Service Corps and the Fellowship–the two main programs run by the nonprofit–rely on networking and community building, it seems only natural that the organization will uphold the same level of cooperation internally. However, I did not expect it to be so embedded in their daily administrative and management tasks.

I have participated in two staff meetings so far, and they both have been relevant examples of this organizational culture. The staff members leading both of them started by introducing a topic only tangentially related to the ensuing discussion. For instance, the first time I was in a meeting, Avodah’s president Cheryl Cook started a talk about homes and homelands, roots and belonging, to then transition into a wider debate about Avodah’s mission and values as a community builder. We went around the table (which included colleagues connecting to our office in New York from Chicago, D.C., and New Orleans) and we each talked about our home – if we had one, where it is, what is is, and with whom – after having read the following piece. 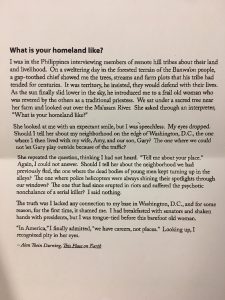 Besides the work I have been doing for Avodah on the administrative side, which included learning how to use Salesforce, transferring survey results from one platform to another, and compiling reports about donor involvement and alumni, I believe that this is the most important skill I hope to gain from my experience. I would summarize it as an intersection of being dedicated and genuine. It is often the case that the internal administration of nonprofits is very much separated from their actual social justice mission, which I think affects both how employees relate to their work and how the organization is run. With business and profit-driven models populating more and more of the activist environment, I think it is important for organizations like Avodah to maintain such a standard of involvement and commitment to their mission and culture. Even if I am helping with the organization of our upcoming events or doing prospect research for potential donors, I am aware that the poverty alleviation mission of Avodah on the field is “at home” in our office. 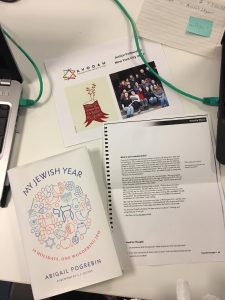 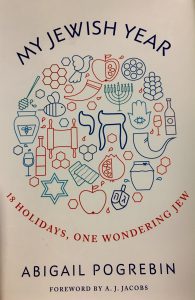 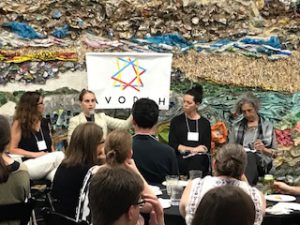 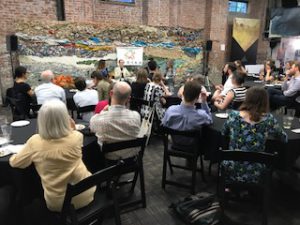 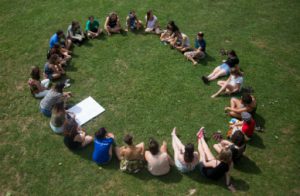