Today is my last day at the Alzheimer’s Association. I have thoroughly enjoyed my time here, and I feel that I’ve learned a lot, both about non-profits and about Alzheimer’s work. As a final reflection, here are a few of the biggest things I’ve learned:

In order to gain access to and the trust of a population, there is often one key person acting as a “gatekeeper.” In this case, it was my boss. All of the contacts I made for interviews for my thesis were through her, as she is an established figure in the Hispanic/Latino community in Boston. She has made the effort to reach out and establish trusting relationships with different churches, organizations, and individuals throughout the community. What I learned from this is that outreach, education, and fundraising work best when individual, meaningful relationships are formed.

2. The impact of my thesis interviews was not just for me.

When I was out in the field, interviewing and talking to people, they always seemed very appreciative that a young person was interested in Alzheimer’s disease. When planning my thesis and designing my interviews., I had mainly thought about the impact the interviews would have on my project, but they also seemed to have a positive impact on my interviewees. They were happy to know that young people were invested in them, and they had a chance to tell their stories. It’s easy to forget that we shouldn’t just offer up information, but also let people respond and create a dialogue; the most effective care is usually a result of good communication between the care provider and patient.

Some more information about the Memory Café, one of the programs that I have worked with.

3. Seemingly insignificant tasks can have a big impact.

During my time here at the Alzheimer’s Association, I did a lot of “typical” intern jobs – copying, making packets, organizing drawers. One day, I spent a couple of hours organizing my boss’s file folders for her. Although it wasn’t too difficult and didn’t seem like a big job to me, she really appreciated it and it ended up streamlining her process when organizing for health fairs. I think it is easy for interns to get frustrated with this type of job, but it is important to remember that these little things that we do allow others to more easily complete bigger and more crucial tasks.

I am sad to leave the organization today, but luckily it is just a 10 minute drive from Brandeis, so I will hopefully be back to volunteer a couple of times during the semester! 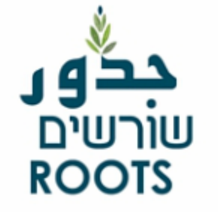