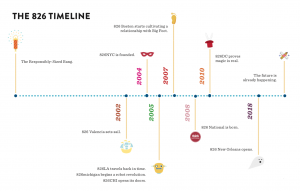 I have arrived in Manhattan, and already I am enjoying everything the city has to offer. There are so many incredible people living here who do the most inspiring things, and lucky for me I get to experience this first hand. Never would have imagined that this would be such a perfect fit, but so far it has been thanks to WOW! My first week with the American Jewish World Service Organization has surpassed all preconceived internship expectations I had. Everything about the working environment is being nurtured by people who are passionate about the mission AJWS is built upon and I am beyond enthusiastic to begin my work with one of the pioneers in our developing world for Social Justice, Social Action and change. Founded in 1985, AJWS is the only Jewish non-profit community that focuses specifically on Heath and Sexual Rights, Women’s Rights and Land and Water rights. 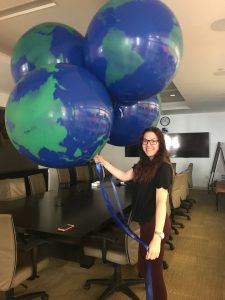 These areas of work are overseen in 4 continents and 19 different countries struggling to achieve these major and crucial components of living. As part of my time with the organization, I will be serving in the Development Department helping plan donor engagement events, volunteer opportunities for community members and lending a hand in logistics for our Study Tour programs that allow people who support AJWS to travel abroad and see firsthand the work we are accomplishing. So far I have been fortunate enough to attend meetings with various departments here at AJWS including the Finance team, our Communications team, as well as our Administrative team. These meetings have allowed myself and my fellow intern peers to get an inside look at the work we do in the office daily and how we continue to grow and flourish as an organization. The emphasis on my team is donor engagement where we bridge the gap between our generous donors and demonstrate our thanks for their unconditional generosity and consistent belief in the mission of AJWS. 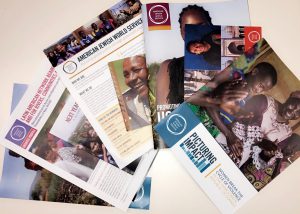 To find more information about the study tours, the mentors I will be working with, and our “strive to end poverty and promote human rights in the developing world” click here! Finally, as part of my first week along with all the other exciting experiences I’ve had, I was able to help coordinate the AJWS Pride March in the 2017 NYC Pride Parade! One of the key focuses here at AJWS is working to “advance the human rights of women, girls and LGBT people, end discrimination, stop violence and combat hate crimes.” In this way, we are able to demonstrate our support for these communities and help to eliminate all discrimination towards people who identify differently than others. 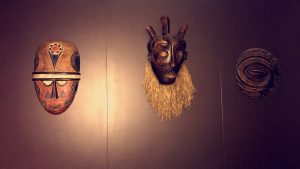 Here I have attached the link to the AJWS twitter page where we will be posting throughout the parade in an effort to stay socially engaged with our international friends. At first I was hesitant about coming to AJWS and spending my summer in Manhattan as I am somewhat of a small town girl from Albuquerque, NM however I strongly believe that my time here will be very educational and eye opening. I look forward to enveloping myself in everything related to “pursuing global justice through grassroots change” and witnessing the ways in which Jewish tradition and values are helping to repair our world.

The last day of my New York City Seminar and Conference Center (NYCSCC) internship is a bittersweet day for me. I am happy that I have learned so much at this internship but sad that I will not be working with my coworkers every day.

After this internship experience, I will take the analytical skills I honed and apply them to my Brandeis classes. During my junior and senior years at Brandeis, I will be taking Business and Economics classes and will need to use these skills in the class projects and papers.

Following this internship, I want to complete more internships that allow me to focus on developing my skills. While completing the Financial Analysis project, I realized that I am a process-oriented person and enjoy completing tasks from start to finish.

For those of you looking to intern at NYCSCC, I suggest that you attend the Winter NYC CIC fair because NYCSCC is usually at the fair. Before applying to the internship, you should look into the NYCSCC website to get an overview of what NYCSCC is. NYCSCC has internships in both marketing and finance. Having talked to the Marketing intern throughout my internship, I know there is so much you can learn in either area at this small business hospitality company. If you want to get an idea of what the benefits of interning at a small business are, you can check out my small company blog post.

For students interested in the small business hospitality field, make sure that you are a people person. In this field, employees are always dealing with clients and making sure that they are getting the best services possible. Therefore, you should be ready to do the same at this internship.

Interning at NYCSCC has been an enjoyable and memorable learning experience. I have built close connections with NYCSCC employees, and I will keep in touch with them even after the internship.